United Franchise Group, consisting of five franchise brands, announced that 2014 is proving to be a year for international growth for the company and now, the brands have 1400 franchisees in a total of 70 countries. 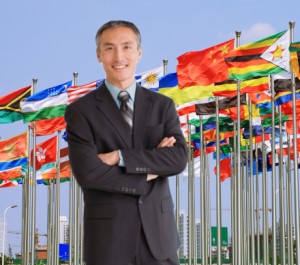 Leading the world-wide expansion effort is Signarama with Master License Partnerships awarded to franchisees and grand openings of flagship stores in:

Future Growth
Where is Signarama targeting next for expansion? You can look forward to reports of openings in Mexico and China.

Other milestones Signarama has reached are opening their 100th franchise in Mosman, New South Wales, Australia and being listed #3 on the Military Times 2014 Best for Vets list.

Other Successes in the UFG Family
Following in Signarama’s footsteps is:

EmbroidMe opened a flagship store in Monterey, Mexico.
SuperGreen Solutions expanded in the Bahamas, Panama, Canada and South Africa with plans for growth in France and Brazil.
Transworld Business Advisors celebrated an opening in Kuwait.

Join a Thriving Company
If you would like to own and operate a business of your own, consider one of the United Franchise Group brands:

To look at other international business opportunities, tap here.

Categorised in: be your own boss, franchise growth